Children of Fallen Heroes, an NC-based 501-c3 nonprofit, helps surviving children and families of fallen first responders and military cope with the trauma of losing their “Hero” through various proven methodologies. Established in 2015, its Retreat and Education programs are designed to create an escape from grief and expand the mind while having fun. Programs include Canine & Wildlife Rescue, Coastal Fishing, Equine Retreat, Golf Day Camp, Indoor Skydiving, Photography, Wedding and Special Occasions, and more.

The Children of Fallen Heroes Parachute Team provides professional parachute and skydiving demonstrations in the United States. The team roster has USPA licensed and pro-rated active members, including National and World Champions and Skydiving Hall of Famers for demonstrators. The parachute demonstration skydive typically consists of members exiting a plane or helicopter over a large crowd such as airshows, major sports, and community events and descending to a precise landing, thrilling the spectators on time, on target!

“The Story of Children of Fallen Heroes starts in a quiet green pasture in the town of Silk Hope, NC. In 1973 my father and his Golden Knight teammates were on their way to an airshow when they had a fatal crash.

In the subsequent years, I felt an emptiness that I attempted to fill with different activities and found camaraderie in my dad’s teammates, the Golden Knights. My stepfather, a Golden Knight himself, filled the huge gap my father left in me and my sister. By my stepfather’s actions of saving our family and loving us as his own, he seared a spirit of giving in me forever. To this day, my primary mission has been to help people that serve and sacrifice for their communities, our First Responders, and our beloved military.

​While our programs and projects have certainly made a difference in many lives, there’s much more work to be done. I encourage you to browse our website, look into our programs, and view the many amazing stories that showcase a community of patriots that love and support our First Responders, Military Heroes, and families.” 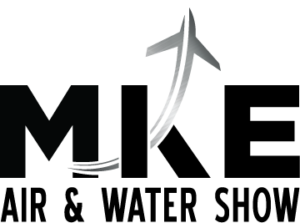 By submitting this form, you are granting: the Milwaukee Air & Water Show permission to email you. You may unsubscribe via the link found at the bottom of every email. Emails are serviced by Constant Contact.